Atmospheric photographs of the top 5 spiritually active Scottish haunts of 2015 by Haunted Scotland.

We toured the country of Scotland throughout the year of 2015, conducting experiments and gathering material.

In addition, we also took part in some amazing festivals, working side by side with friends such as Barry Fitzgerald – formerly of Ghost Hunters International – and now acclaimed author and researcher into the nature of reality and her mysteries.

We’ve enjoyed the journey, but it does not end here, as we plan even more deep digging into all thing mysterious from within Scotland, and beyond, during 2016.

Ruthven Barracks, Kingussie, are the smallest, but best preserved of the four barracks

Destroyed by Jacobites following their retreat after the Battle of Culloden in 1746, the Barracks ruins are maintained as an Ancient Monument by Historic Scotland.

The castle that once stood on the site of the barracks was said to be haunted by its notorious lord, who’s said to be trapped in limbo playing cards with a dark hooded man.

This very scene’s said to repeat itself at various areas within the location.

Do the spirits of fallen soldiers wander the grounds and surrounding areas? How about those slain within with the continuous sieges and battles of the era?

Built as a Howard reform prison in 1823, the impressive building that is Jedburgh Castle Jail is the only existing example of its kind in Scotland.

The location featured recently on the television programme ‘Most Haunted’ – which Haunted Scotland owner Ryan O’Neill has appeared in on various occasions – and is subsequently a popular venue for overnight organised visits.

The jail’s said to be haunted by a man called Edwin McArthur, a former prisoner at the jail who was executed in 1855.

It’s said that his apparition’s been seen threatening members of the public and causing a dark atmosphere at the location.

However, he’s not alone for many apparitions are seen. Reports of a ghostly piper seen standing on the battlements as a prime example.

The Mercure Hotel is one of the most unique locations in Perth, set in a 15th century

watermill, you can still watch the water trickling through the original water wheel from the garden, reception area and Lounge Bar.

So what paranormal activity do we have occurring in this location?

Ghostly manifestations have previously been seen walking down the stairs towards the reception area.  It was asked if it wanted a cup of coffee by an unsuspecting receptionist many years ago, to which it answered, and then faded into the ether.

The upper level which is a stunning area with original looking beams – and items of note that would look comfortable in the old 15th Century mill – is said to have an atmosphere of intrigue and as if some unseen energy is quietly watching. 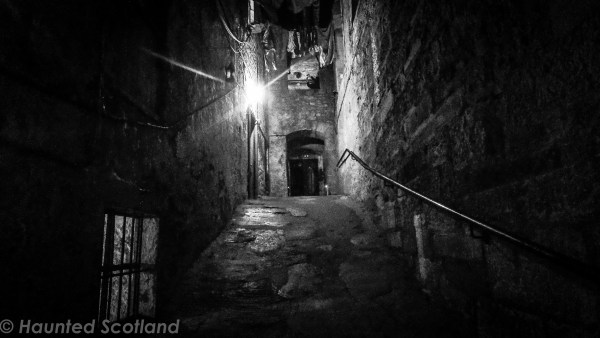 Located in the heart of Edinburgh’s Old Town with a prime position next to the historical Royal Mile – which leads up-to Edinburgh Castle – exists a unique visitor attraction which has acquired quite a reputation for its paranormal activity.

Mary Kings Close – along with the neighbouring Closes – is within the main centre of the most vibrant streets filled with traders and local residents alike.

It would have been home to people, businesses, storage spaces and the main heart of busy every day life.

Mysteries, myths and folklore surround this location and it comes as no surprise that reported sightings of spirits & ghosts are prevalent, but is Mary Kings Close haunted?

The Real Mary King’s Close is often cited as the most haunted location in Scotland. The first filed historical sighting that we find dates back to around the 1685 period and involves the Coltheart family. 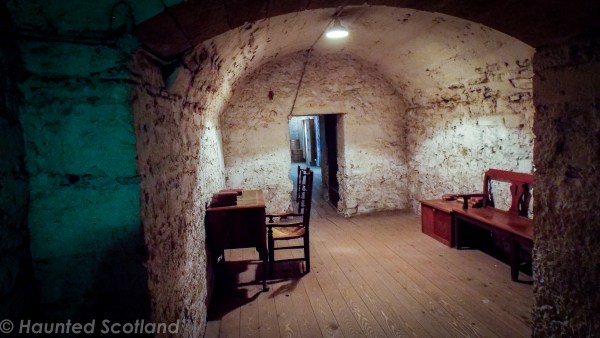 after this that Thomas and his wife experienced ‘apparitions and unknown phantom energies’ in the Close.

The files of paranormal activity from Mary Kings Close also show reported incidences that include – but are not limited to – a ‘worried man’, a woman in black, a little girl called Annie who allegedly spoke to a famous Japanese psychic, sounds of a tavern in full swing, and scratching coming from inside a chimney, where a child sweep is said to have died. 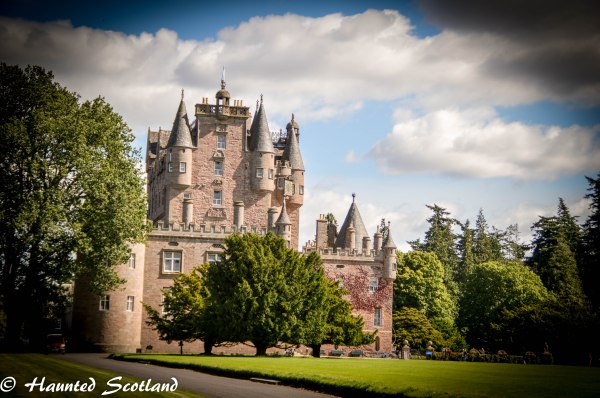 Glamis Castle is situated beside the village of Glamis, in Angus, Scotland.

It’s the home of the Earl and Countess of Strathmore and Kinghorne.

The castle has been the home of the Lyon family since the 14th century, though the present building dates largely from the 17th century.

Glamis was the childhood home of Queen Elizabeth The Queen Mother.

Glamis Castle is known as one of the most haunted castles in Britain, is it any wonder with the abundance of well known historical figures who have attended this location.

Where we find such history and emotional connections, we find a plethora of mysterious activity.

The family chapel’s allegedly haunted by what people describe as a Grey Lady who’s said to be the spirit of Lady Janet Douglas, who was burned at the stake as a witch on Castle Hill, in Edinburgh around 1537.

Her apparition’s been seen by a number of witnesses at the chapel and at the Clock Tower.

The spirit of a woman with a missing tongue’s said to haunt the grounds. She runs around the estate pointing at her supposedly mutilated face.

A young black boy, the ghost of a servant from around 200 years ago, haunts a stone seat by the door of the Queen’s bedroom.

I’m sure you will agree these are some spine tingling Scottish haunts, which you’d certainly not want to find yourself at all alone, after dark……or maybe you would.

If you enjoyed this Scottish haunts inclusion, please do remember to share it with your friends, family or online places.

Subscribe to the site below for our latest information too.